Unknowingly Seattle’s Santa Mac (Dick McKinley) has been preparing to portray Santa Claus his entire adult life. Through the highs and lows of life, the one constant has always been children. Whether teaching, coaching or acting Santa Mac seems to not just find but attracts kids everywhere he goes in the Seattle area.

In 2013, while participating in “Movember” (Men’s health awareness month) with his two sons he was surprised to find that his beard came in white. By early December he was getting double-takes pointing fingers and big smiles; by the end of December people were asking if he was going to portray Santa Claus next year. Which he has been doing ever since.

With a smile, a wink and a twinkle in his eye Santa Mac uses his years of experience to share with children and the young at heart the joy, wonder, and magic of the Christmas season.

Santa Mac is a member of: NORPAC (Santas of the Pacific Northwest), IBRBS (International Brotherhood of Real Bearded Santas) and his beard is registered with the National Beard Registry #7879. Santa Mac has attended Schools, seminars, and workshops to become a professional Santa and learn how to create a memorable Christmas experience that ignites the imagination and creates an atmosphere of fun.

Imagine an eight-year-old girl sitting on your lap exclaiming “That’s the worst fake Beard I have ever seen!!!!!” Then inviting her to take a little tug. Now imagine that same little girl realizing “IT’S REAL” HE’S REAL” and shouting it from the rooftops. Sooooohoho much fun. Let Santa Mac create a special experience with your family this year.

Santa Mac says “each year when kids come to get their picture taken, they rarely remember what gifts they had received last Christmas. But they can remember in vivid detail their interaction with him right down to the poses they chose and what they talked about the previous year.”

Please contact us for a personalized quote for your event. 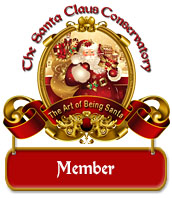 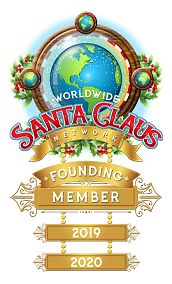